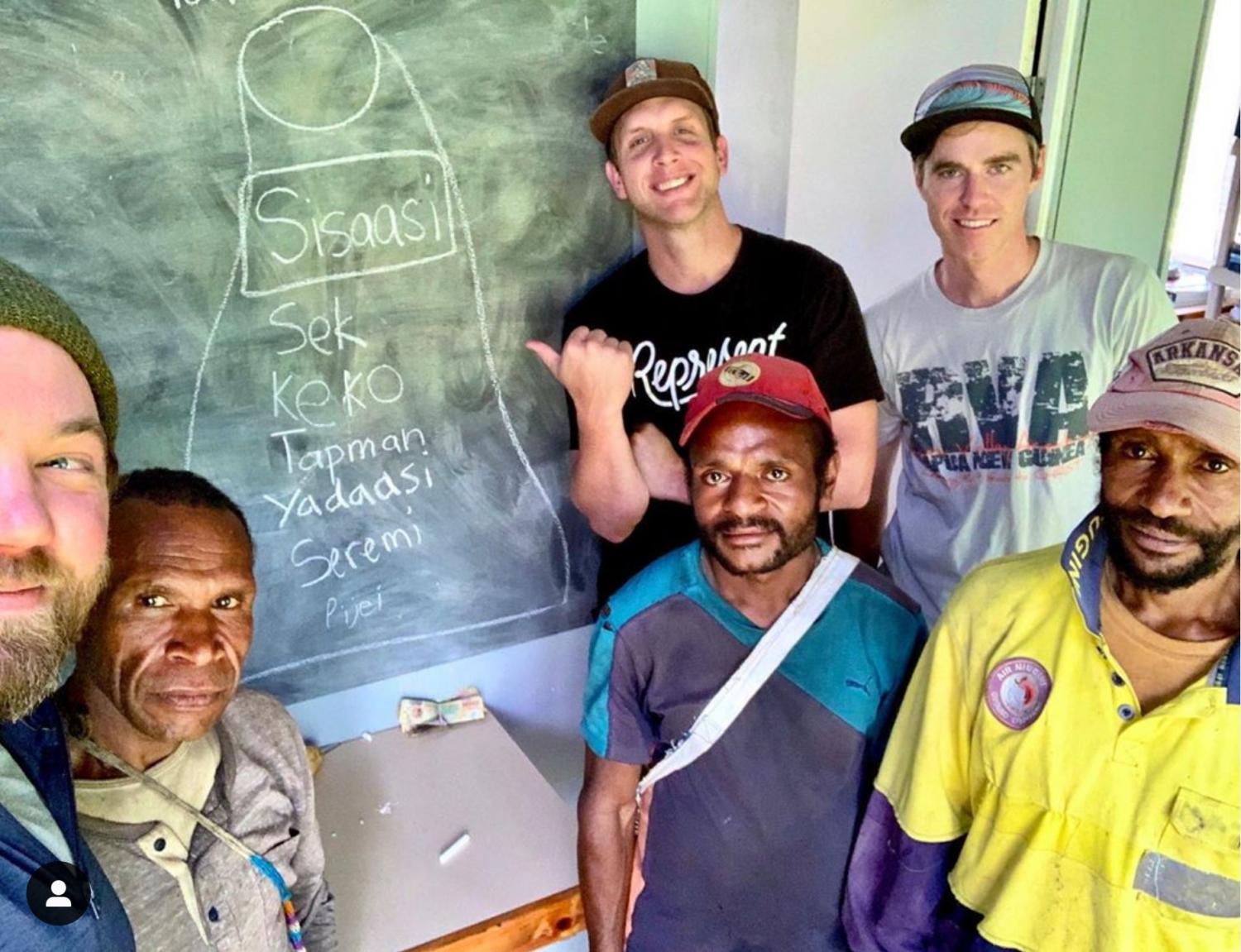 The following story comes to us from Jack and Lael Crabtree, New Heights global workers who live in a remote island in Papua New Guinea working among the Wantakia people.

For the past few months we’ve been teaching these three guys all of the Bible lessons to check them before we teach the entire village. Praise the Lord with us, yesterday they heard about the resurrection and have trusted in Jesus the Helper!

Through more than 50 lessons they heard that in God’s eyes there are only two clans: His and the Enemy’s. They heard God’s entire story and after hearing the resurrection and then Peter’s sermon on Pentecost they all clearly gave a testimony like this, “Hey, I’m from Adam, and I used to be in Satan’s clan. I was separated from God because of my sin and there was nothing I could do to help myself. But God promised to send a helper to take the punishment for my sins, and that Helper was Jesus. He took the entire punishment. He did the work. My only work is to say that it’s true about Jesus and what he did! That’s what I’m saying! Because of Jesus the Helper, God has taken me out of The Enemy’s clan and placed me inside His clan. Now I’m joined with God, Jesus, and the Holy Spirit forever!”

After giving their testimony they stood up, erased their name from Satan’s clan, and wrote it in God’s clan! Praise the Lord with us for these new brothers in Christ! Pray that when we’re able to teach the entire village soon, more will come and hear and trust! #teachWANTAKIA #reachWANTAKIA

Global Outfitters is a 510(c)3 non-profit and the missions arm of New Heights Church with the vision to connect people to God's heart for the world.